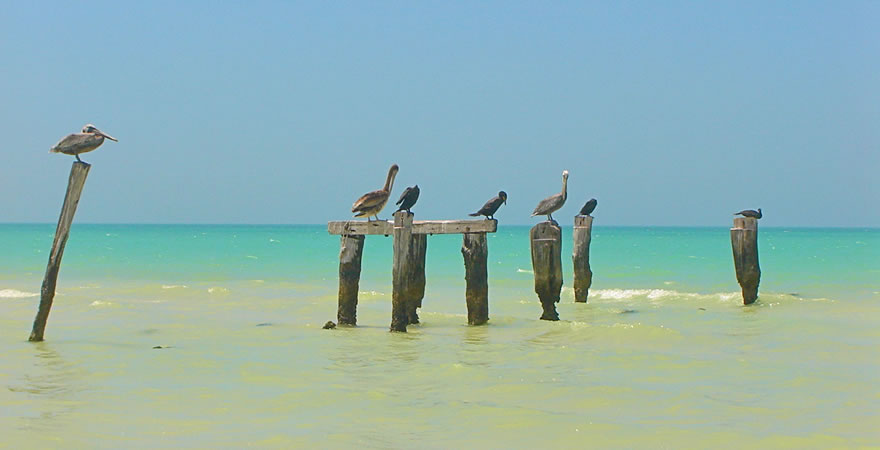 It is said that Holbox is a paradise for all those who visit and clear for its inhabitants, this is actually true, as has everything, it has sea, sand, sun, and breathtaking nature.

Among the wildlife that can be seen in this small island, birds such as gulls stand on the shore of the sea, pelicans seen a little further from the shore, on the way to get here, when traveling at dawn, you may see some flamingos very close to the island.

In its vicinity are created environments for whale shark sighting during the months from May to September, during the transfer is common to see some dolphins and turtles accompany him. 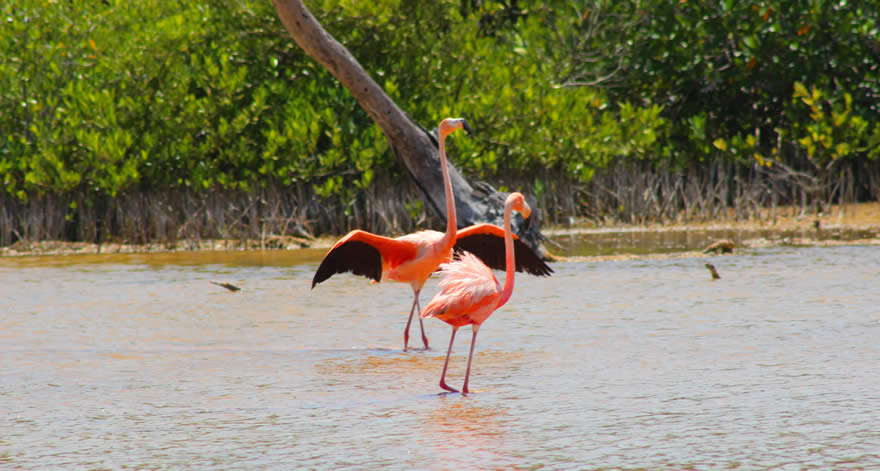 Similarly, there is another small island near Isla Holbox Birds name where you can see a variety of species, many already endangered so it is even more important to take care of them and their habitat.

Another is Yalahau nearby island, where you can enjoy a spring, but that is not all as he walks from the small pier to the water hole may seen small crabs running from side to side, as well as to the seashore in Holbox, and even very close to the breakwaters may notice some larger sizes.

Right there in Yalahau is a swampy area where hopefully may, in the distance, see some crocodiles, as in a stretch section very close to one end of the island of Holbox.

But that's not all, because during your stay here, you can enjoy the pleasant company of a very curious and playful hosts, raccoons, which in recent days have been populating this site, thus providing a great experience on the island.