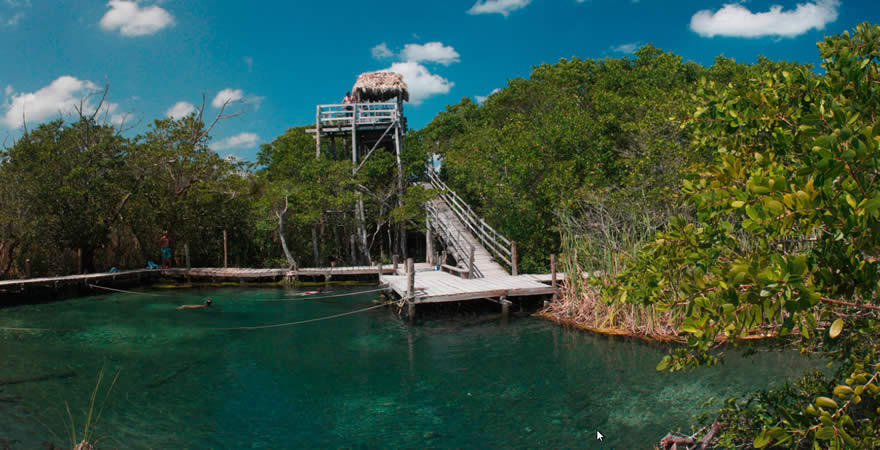 This natural cenote is located 30 minutes by boat from Holbox Island. It was used as a refuge for the famous pirate Molas in the16th Century. For many years, Yalahao was a natural fresh water source for the Holbox community.

Nowadays, the lagoon is visited by travelers who come to swim and enjoy the clear fresh water of the spring.

Yalahao is the name given to both the cenote between Holbox Island and the mainland, and the spring fed pool on the island's edge. The beautiful spring, which is fed by water that crosses the island's jungle, and the lagoon are part of a protected ecological reserve.

Yalahao Spring is considered a magic place in local folklore and history. The spring was originally important to Mayan fishermen and travelers who used the spring as a source of fresh drinking water. It was also a port for seafaring Mayan traders, until one Mayan King closed it for his own use. Legends say that the king turned Yalahao into a private place where only his wives could swim. The king built beautiful gardens and fountains around the natural cove and made a royal swimming pool decorated with green jade. 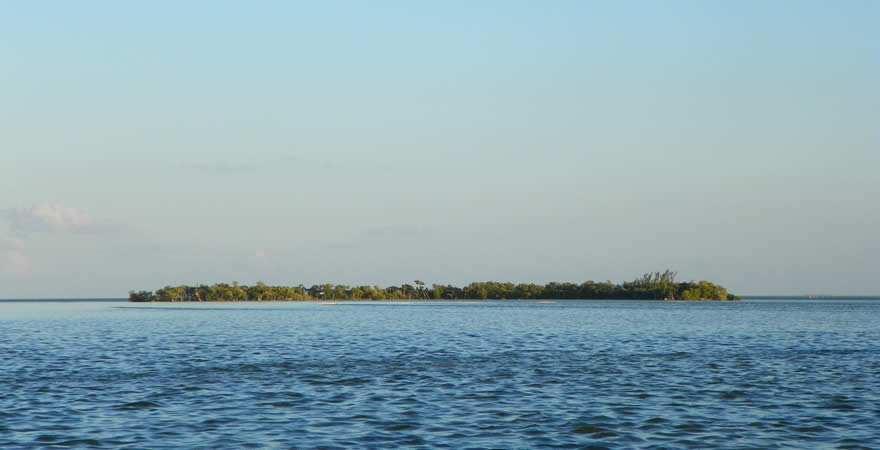 According to Diego de Alba's account, when the Spaniards arrived they where very surprised to see so much beauty and wealth on the island. Although Maya no longer lived on Holbox (one legend says they moved to another planet), the king's pool remained. The swimming pool was destroyed by the Spaniards when they arrived to Holbox Island. They removed all the jade and took the stones from the fountains and gardens to build the first church in Latin America. This church was built 26 miles (40 km) from Yalahao in Boca Iglesias, and was later the site of a monastery which administered punishments during the Spanish Inquisition.

The Pirate Francisco de Molas later used Yalahao as his refuge. He lived in Yalahao for nearly 40 years and robbed any galleon that ventured close seeking fresh water. One legend tells that Pirate Molas had a slave help him hide his pirate treasure, then cut the slave's head off and buried it along with the booty. Soon after, the skeleton of the pirate was found, apparently dead from a poisonous snake bite. "Yellow Beard" died without telling where he hid the treasure and many of the inhabitants of Holbox say that on dark nights, when the wind blows from the west, you can see the head of the slave moaning about the buried pirate treasure.

The waters of Yalahao are clear, cold and fresh and wonderfully refreshing on a hot day. According to local legend, Yalahao is a fountain of youth, and the spring's magical powers will make swimmers feel ten years younger.